Solar geoengineering and Who Has a Say in It

It is no secret that the planet at the current rate of environmental degradation is doomed unless we do something about it. The sea-level rise is resulting in the flooding of many coastal areas; there is a pattern of a sharp increase in forest fires over the years; carbon-dioxide levels have gone over 400 parts per million, a number which was only around 280 in the pre-industrial and you get the idea seeing the tip of this iceberg. In the long term, this has led to an increase in the global average temperature. Currently, we are up by 1.16°C from the 20th-century numbers. Experts say that we need to aim at keeping this number between 1.5 and 2 degrees in the worst-case scenario if we want to survive. There is also a general consensus between climate experts that decarbonisation won’t suffice to meet the aim and some other intervention is required. 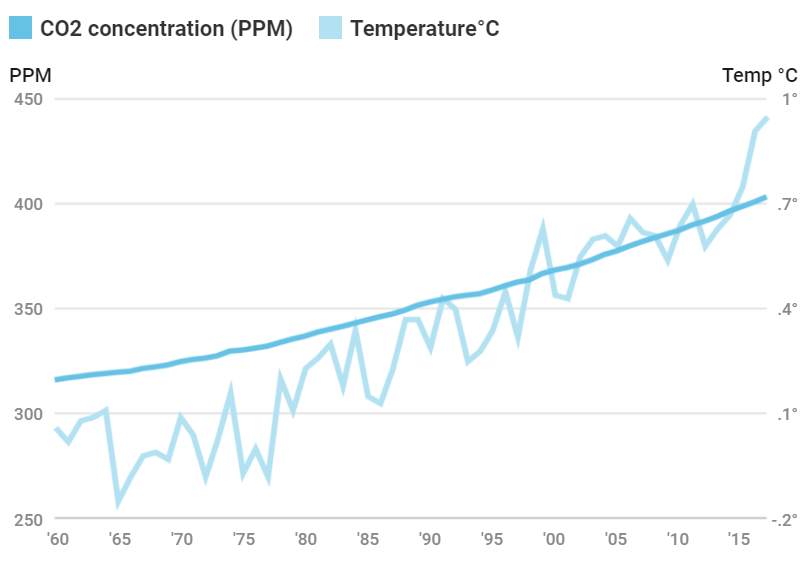 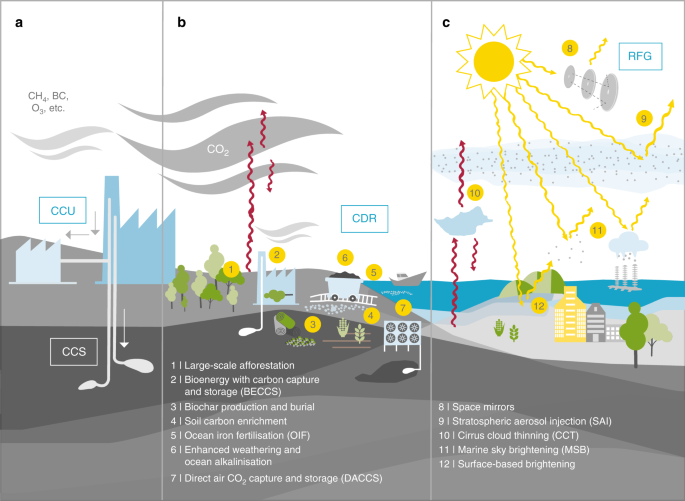 Solar geoengineering practices are mostly more invasive than carbon-based geoengineering but also claim to be in general more effective, so the public opinion on this topic becomes very important.

One of the main arguments against including public opinion in the choices we make is that the public’s lack of research and knowledge reduces the credibility of their views. While this is true, there are many instances where it is important. For example, aerosol injection affects the whole world; would it be fair to not take public opinion into consideration especially with even many scientists being iffy about it?

The 6 main types of solar geoengineering practices are:

Aerosol injection: One of the most talked-about solar geoengineering techniques, inspired by the Mt Pinatubo eruption of 1991 that caused a global cooling effect of nearly 0.5 degrees for 2-3 years after the eruption in the Philippines. The idea is to artificially introduce aerosols (a suspension of fine solid particles or liquid droplets in air or another gas) in the upper atmosphere via planes or hot air balloons. 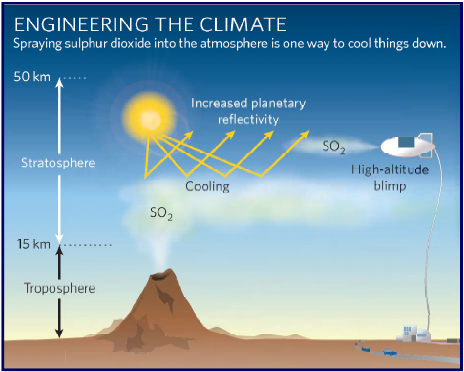 Marine cloud brightening: This involves spraying salt water in clouds over the sea via ships. Here the salt would act as cloud condensation nuclei, brightening the clouds thereby increasing their albedo and causing a cooling effect. In theory, it can be used over much smaller areas than aerosol injection making it less likely to have consequences on the overall world climate. 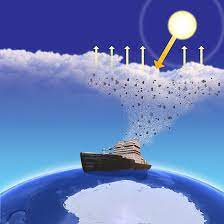 High albedo crops and buildings: This method is simply to make buildings white and genetically engineered crops to have whiter colours. Although some experts say that it may be useful to prevent heat waves in cities, it seems unlikely to be something effective enough to cause much difference on a larger scale. 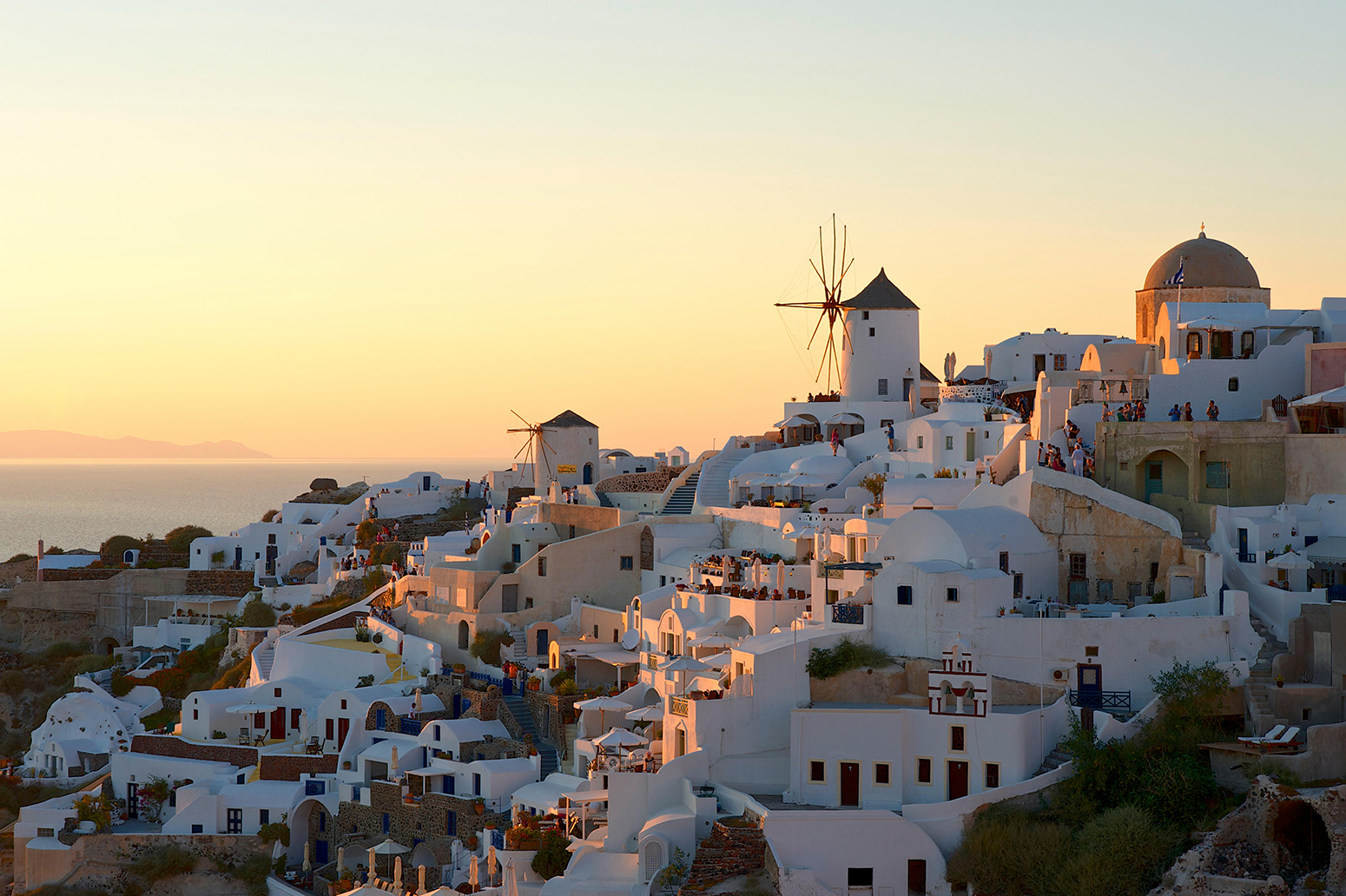 Ocean mirror: This involves churning up the ocean with vessel fleets. It would create microbubbles in the water, making the ocean surface kinda white which would increase the albedo of the surface making it reflect more incoming sunlight. The drawback of this method is that a large amount of energy would be required to create and maintain such a layer of bubbles. It may also have adverse effects on aquatic life. Cloud thinning: This method is specific to cirrus clouds which are thin, wispy clouds made of ice crystals. They do reflect some sunlight but absorb long-wavelength radiation which in turn heats the planet. Some say that its heating effect is larger than that of CO2. Cloud seeding with solid aerosol particles such as desert sand, pollens et cetera can make them dissipate quickly, lessening their overall warming effect. The main concern is that if they are overseeded it may cause the cloud to get thicker, increasing the warming effect. 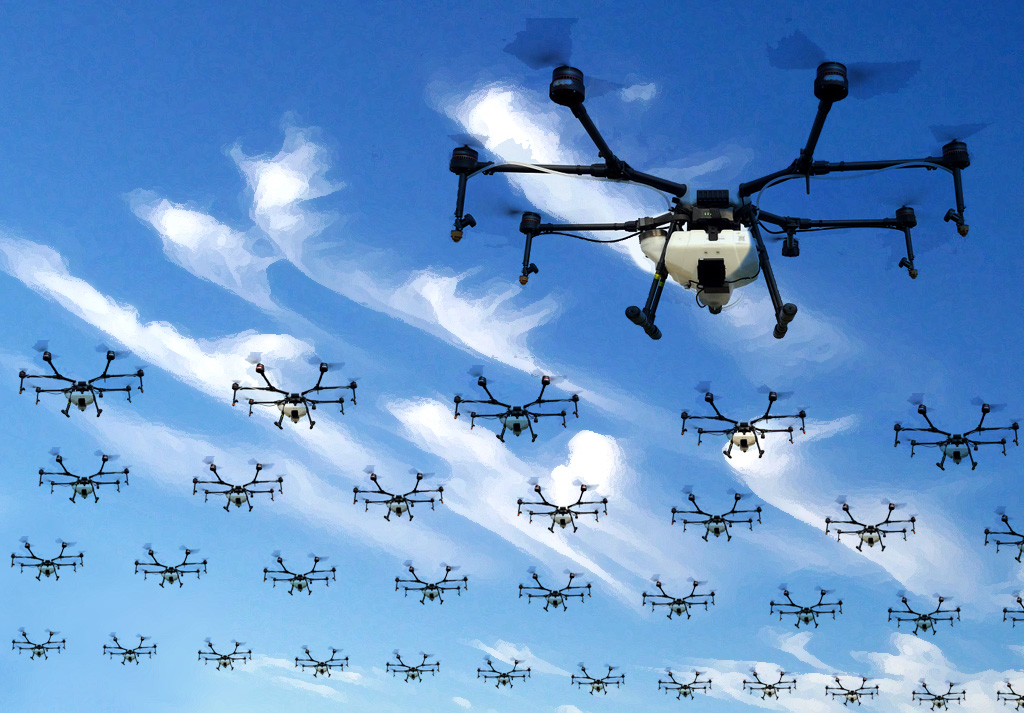 Space sunshades: Exactly what it sounds like. Using giant mirrors placed in space to reflect incoming sunlight to cause a cooling effect. It is said that a 2% reflecting effect is already enough to offset the warming effect enough to make up for the warming since the industrial revolution. Main problem is that we do not have the engineering capabilities for it. 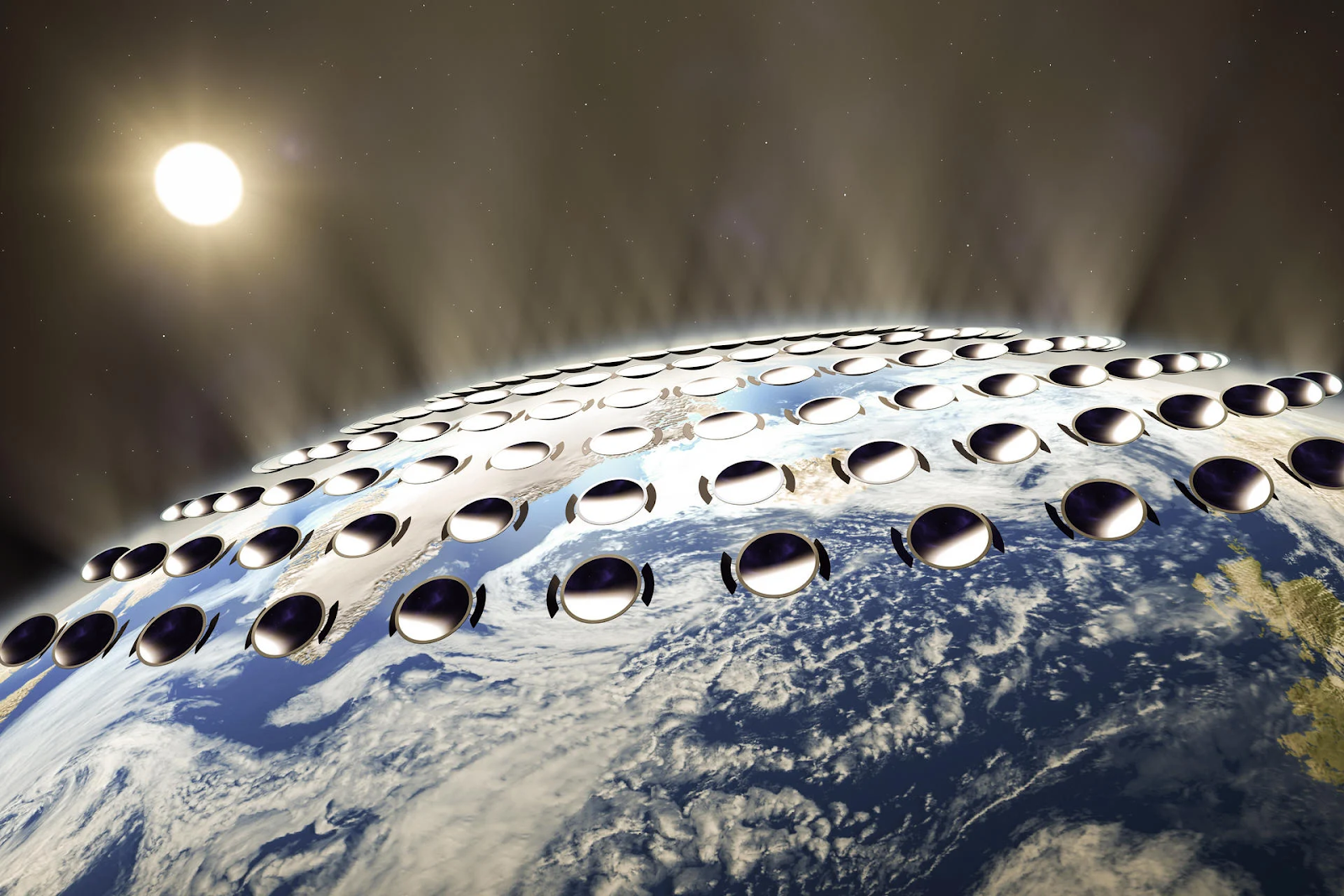 The most obvious first parameter would be how effective a certain practice is but as we dig deeper more criterias appear.

Reversibility: refers to how permanent a geoengineering practice is. It is both a good thing and a bad thing. A reversible practice can be easy to undo in case unforeseen problems arise but it would also increase the risk of termination effect.

The termination effect refers to the rapid warming of the globe after geoengineering is stopped. It may be due to disagreement, lack of funds or resources, terrorist activities or any other activity that may cause troubles in practising a certain geoengineering practice.

Containment: focuses on how much physical space would a practice affect or encapsulates: for example would it affect a city or a part of the sea or the whole planet?

A more local measure can be used to solve specific problems like trying to save the great barrier reef but it would not be the best choice if we are looking for a global solution. 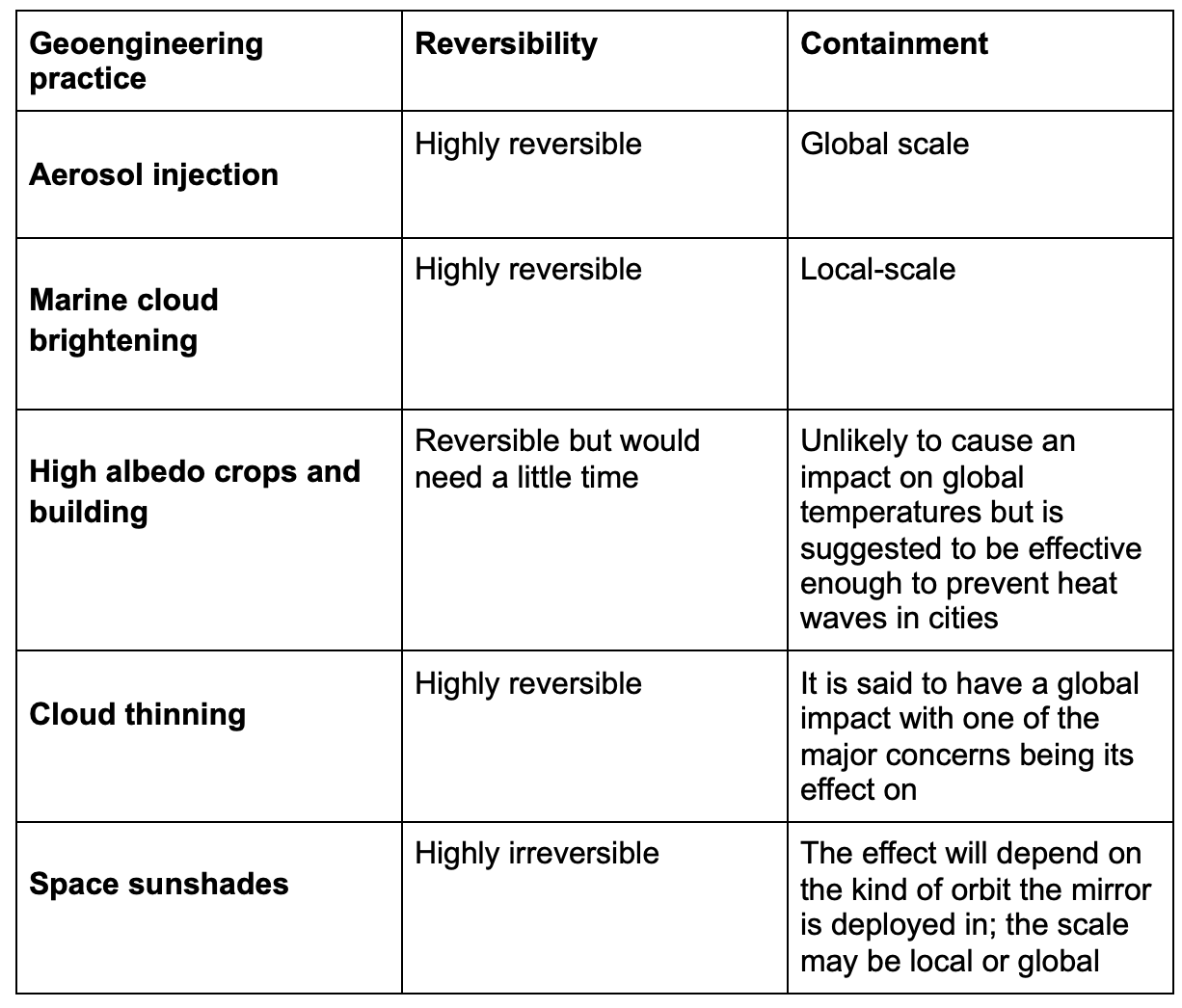 Reversibility, containment, termination effect and encapsulations are one of the most important factors that scientists consider among others like time scale, cost, invasiveness etc.

Geoengineering brings a whole lot of ethical concerns along with it which affect the way people think about it and in a way also influence decisions regarding it on non-scientific measures like intent, meddling with nature, allocation of money etc.

Intent: In the private sector, it’s common for companies to be driven by what’s more profitable as compared to what’s better. This has been proven with decades of planned obsolescence (deliberately making products that won’t last to have better sales with people buying over and over) which does not look like something which will go away soon. With how dominant corporations are in the world, it has become hard to imagine only governments being able to pull through it alone without private support.

This brings the concern of intent of a company as at the end of day every business either has a long term business plan in mind or is doomed to fail as they run out of business. This causes a lack of scientific purity which raises a question. Would it be safe to let an entity thinking about personal benefits influence something on which the future of humanity may rely?

Meddling with nature: The modern day problems like increase in carbon levels, food shortage, loss of animal habitat etc is partially said to have been caused by humans meddling with nature. Often doing so is not best practice, may it come to animals ( natural habitats are better than zoos) or the human body (doctors try to avoid invasive treatments if possible) and the same is applicable to a lot of other things. 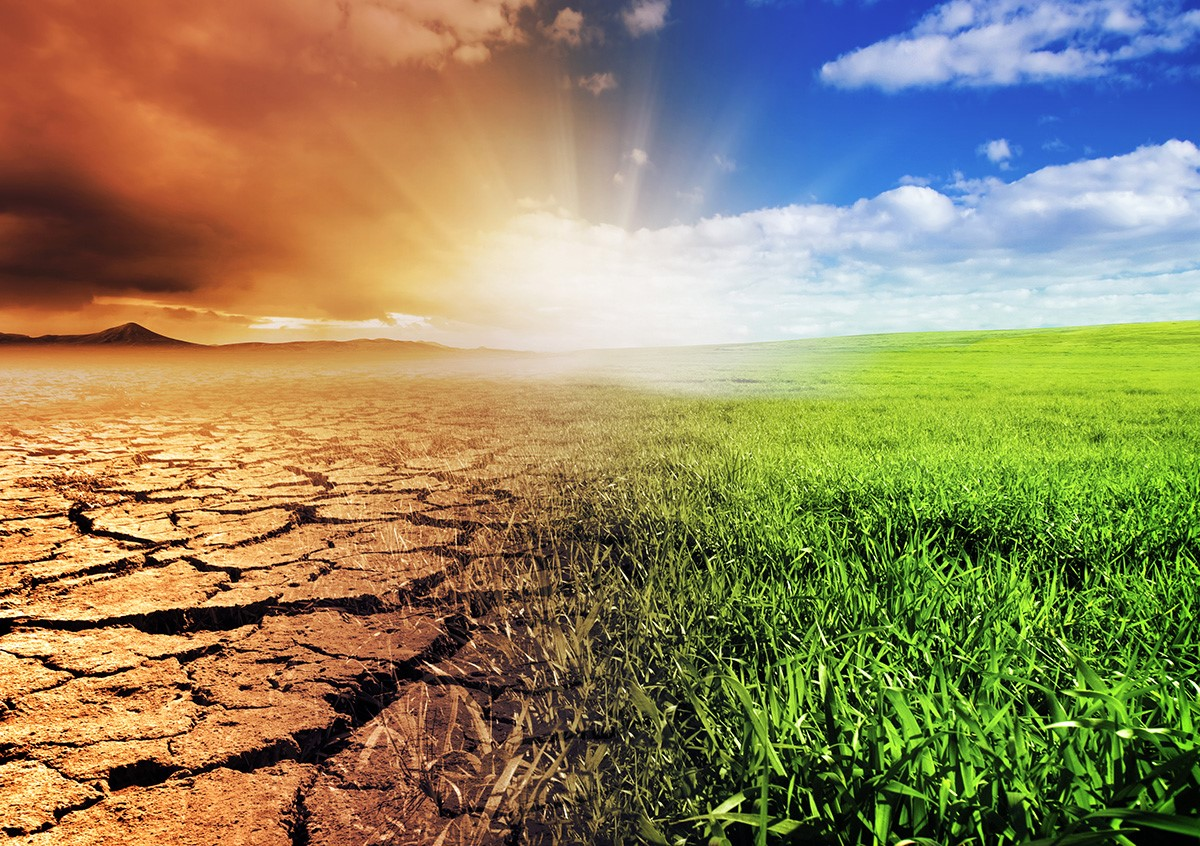 The same question can be raised regarding Geoengineering with there being some legitimate concerns to statements like “Don’t meddle with the work of god” like reversibility and termination effect. The concerns over this are not just limited to common people but even scientists have a lot of concerns regarding solar geo-engineering practices and prefer the less controversial carbon geoengineering practices.

Allocation of money: When Housing has become unaffordable, the healthcare system looks as if it’s on the way to collapse, there’s people who sleep hungry; are projects to make the sea reflective or a program which aims to send a giant mirror to space the best choice?

The answer varies depending on who you ask. Some would argue that in the long term this may help solve a lot of the aforementioned issues, but climate change is only a part of the equation; you would not be happy when the government spent billions of dollars on sending a giant mirror to space when you are having issues being able to afford food. 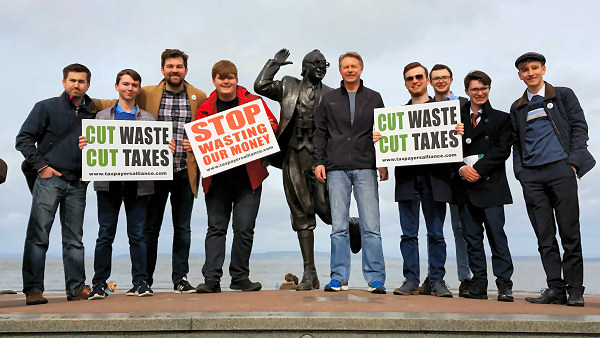 Topic 3: Discuss the pros and cons of the secrecy of geoengineering

The Pros of Secrecy of Geoengineering:

With the number of checks and balances in democracy, a project not being undertaken in secrecy is bound to face opposition and sometimes important decisions take years to start or funding gets cut for political reasons. A project which is secret however gets immunity from such issues.

This would also allow for calculated risks which many times have allowed us to do things that staying in the comfort zone has not. 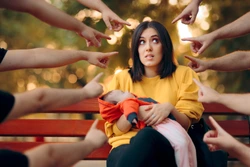 In the modern woke world where people are quick to cancel anyone and anything even without understanding things to the full scale, at least a section of people is overly critical and quick to question the competence of the government and the scientists working on a project if it has unsuccessful phases.

When we have anti-vax protests and people refusing to wear masks it’s seems like a fantasy: people not opposing geoengineering based off half knowledge

The Cons of Secrecy of Geoengineering:

While manipulating the weather for a destructive purpose sounds like a move right out of the book of the genius villain Dr. Franklin, with today’s scientific advancements it’s hard to call it impossible especially considering that humans thought of making the atomic bomb before the nuclear reactor.

The most famous example of such an attempt is from the vietnam war known as Operation popeye was carried out by US air force to extend monsoon which would make it hard to transport goods and disrupt supply of military goods the vietnamese troops via cloud seeding. This eventually led to a treaty in 1977 known as the UN weather modification treaty that banned weather warfare.

Any government would do better if the people trust them and secret projects are never air-tight. Some news gets out and people fill in the HUGE gaps with their imagination and whispers.

The best example of this would be Area-51 which is a secretive U.S Air force facility. The little knowledge around it has led to huge conspiracy theory size hole-fillers with people claiming it to be an alien experimentation lab to concentration camps and all kinds of bizarre stuff. It has only made the life of the government worse with things like the Area 51 joke raid and heavy critiquing of expenditures on such ventures.

Apart from the general population, experts would have been left out of the project could add to the lack of trust with legitimate concerns which would go unanswered if secrecy had to be maintained. 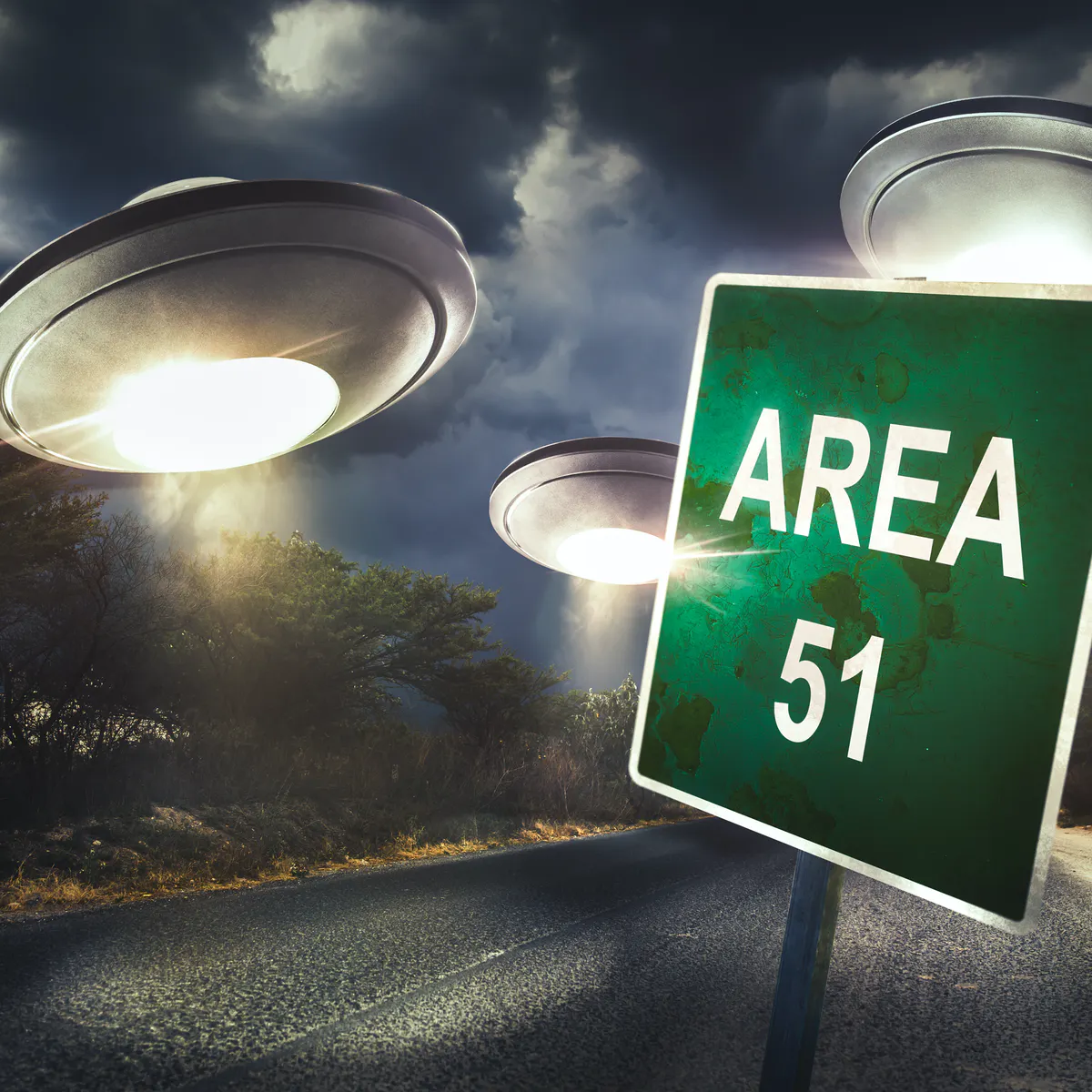